Ganesh Bahadur Poudel is a full-time pastor and evangelist in Eastern Nepal. He is the vice chairman of the Dhankuta Christian Society and the chairman of his region. Poudel and the Dhankuta District Ecumenical Fellowship are hidden far in the east of Nepal, in the foothills of the Himalayas. Ganesh’s village, Pakhribas, sits at 4500 ft and on a clear day, you can see towering Mt. Everest, 100 miles away.  Pakhribas is the primary site of the Nepali Agricultural Experiment station, and Ganesh’s wife, Lydia, worked there for many years.

Ganesh and Lydia were both Hindu when one of her co-workers began sharing the Gospel with her. Ganesh was an alcoholic at the time, and though he was a hard worker, their marriage and family were suffering. When Lydia decided to follow Christ, he saw the tremendous peace and joy she had and he soon followed her lead.  Not long after, he began preaching the Gospel all around their district, and became one of the most effective evangelists in eastern Nepal. Raising up a group of young people, they entered villages to perform cultural dances and teach good hygiene and health practices. They have established churches in many villages and continue their evangelism efforts, while also caring for the sick, holding Bible studies for believers and seekers, and providing food and medicine for struggling families.

Ganesh, Lydia, and their grown children live in Pakhribas Dhankuta, where they minister together to their town and the surrounding communities.

Ganesh coordinates ministry in East Nepal, serving the Himalayan region specifically, which is very poor and ethnically considered a lower caste. In Nepal, like India, a person's caste is significant as it determines everything for life.

Many of the churches in this region of Nepal are new and the Believers are young Christians. Ganesh works fulltime as a pastor and evangelist, traveling to often between the 78 tiny churches in the East Nepal Dhankuta district. There are many evangelical denominations represented (Prebyterian, Baptist, Pentecostal, etc.), but they all work together to preach the Gospel, and express such thankfulness to God for this partnership. These churches are experiencing significant growth with new Believers being added and many baptisms. Pastors in the churches are lay leaders, so they work as volunteers.

Since 2017, MIWC has been privileged to partner with this passionate leader and his family as they have utilized the power of music and dance in their outreach. Their tireless efforts to tell neighbors and the broader Nepalese community about Christ, despite hardship and persecution, is God-honoring and inspiring.

Ministry and Culture in Eastern Nepal

To reach the people in the remote villages of Eastern Nepal, Ganesh and his ministry team incorporate traditional instruments and musical styles in their praise and worship. The Nepal team also meets villagers where they are – often traversing nearly impassable roads to minister to their physical needs and bring people valuable resources like audio Bibles and scripture translations. Flooding and other natural disasters are all too common in this mountainous region and the Nepal team diligently cares for all its neighbors in times of need.

I was born into a Hindu family in Pakhribas, Nepal. As I grew up, I fell in with a bad company of friends and became a terrible alcoholic. I was so addicted that I could drink seven bottles of wine and hardly felt the effects. I also chewed tobacco and smoked cigarettes. Yet it was not enough! I also took intoxicating substances like opium and marijuana. Fully under the influence, I used to come home, fight with my family, and rob the neighborhood of peace and sound sleep.

Though my conduct was not religious, I feared and worshipped the Hindu gods. I had pictures of them on the house walls and every morning would burn incense and recite to them, sometimes even fasting, in the hope that they would bless me with riches. However, I never felt rewarded. Nothing satisfied. My restlessness and frustration so deepened that I contemplated suicide.

One day, at a bazaar close to Pakhribas, a preacher gave me a small booklet. I read it several times. The more I read it, the more I was touched by the words and, strangely, felt a peace in my heart. Learning that the writings were about Jesus Christ, I wanted to know more. I knew a wise and educated man who followed Christianity; his family hosted a prayer nd fellowship time each week. One Saturday, my wife attended that time, and she returned home to share with me about Christ. We both began attending and after a short time, we believed.

Soon, my life changed dramatically. I immediately gave up all my bad habits: drinking, smoking, drugs, and immoral actions and words. My old friends and neighbors were shocked. God blessed me immensely and called me to preach. Today, I thank God for giving me an opportunity to serve His church as a Pastor and also that my whole family and many of my relatives have now received Jesus Christ and are living the life of grace and joy. Glory to God!

Dear brothers and sisters, if you are also living a frustrated life and haven't yet found peace and joy then, right today, believe in Jesus and like me receive the blessed life. God is calling you, listen to Him!!

Greetings to you, brothers and sisters in Christ!
Thank you for serving Christ and for your prayers for Music Ministry and Outreach in Eastern Europe! 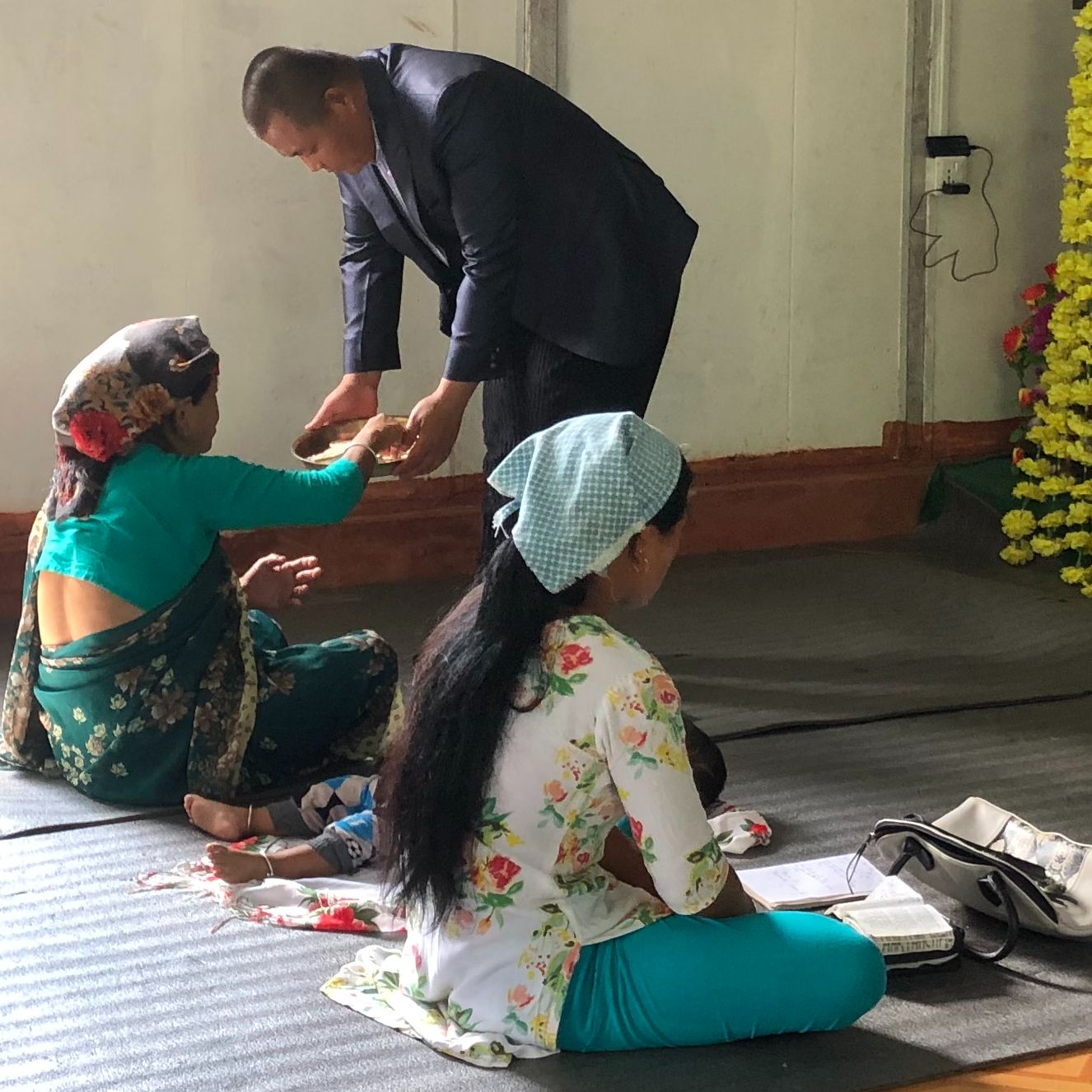 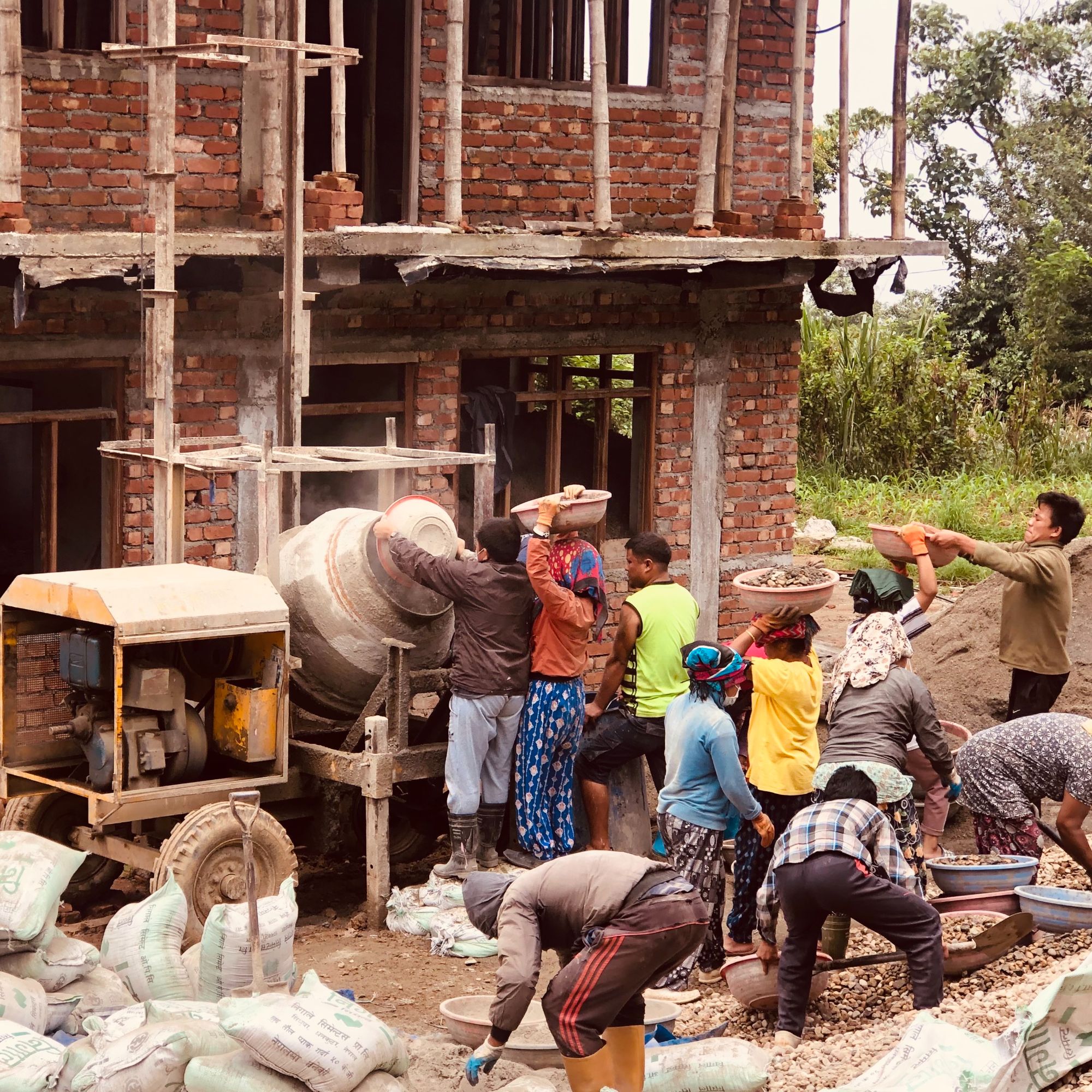 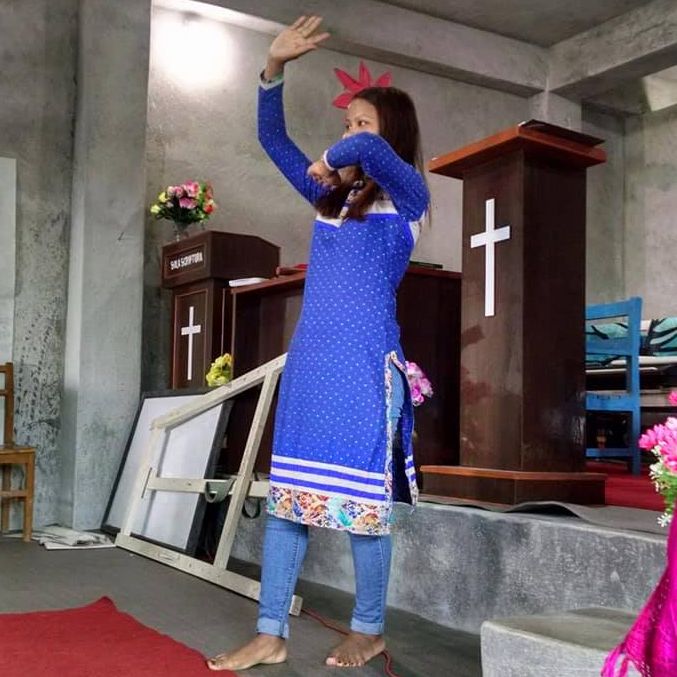 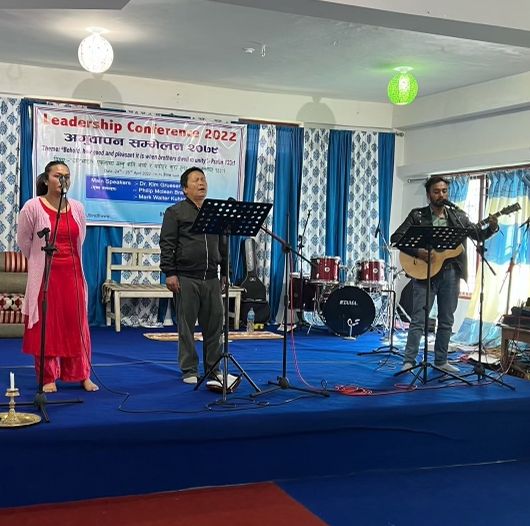 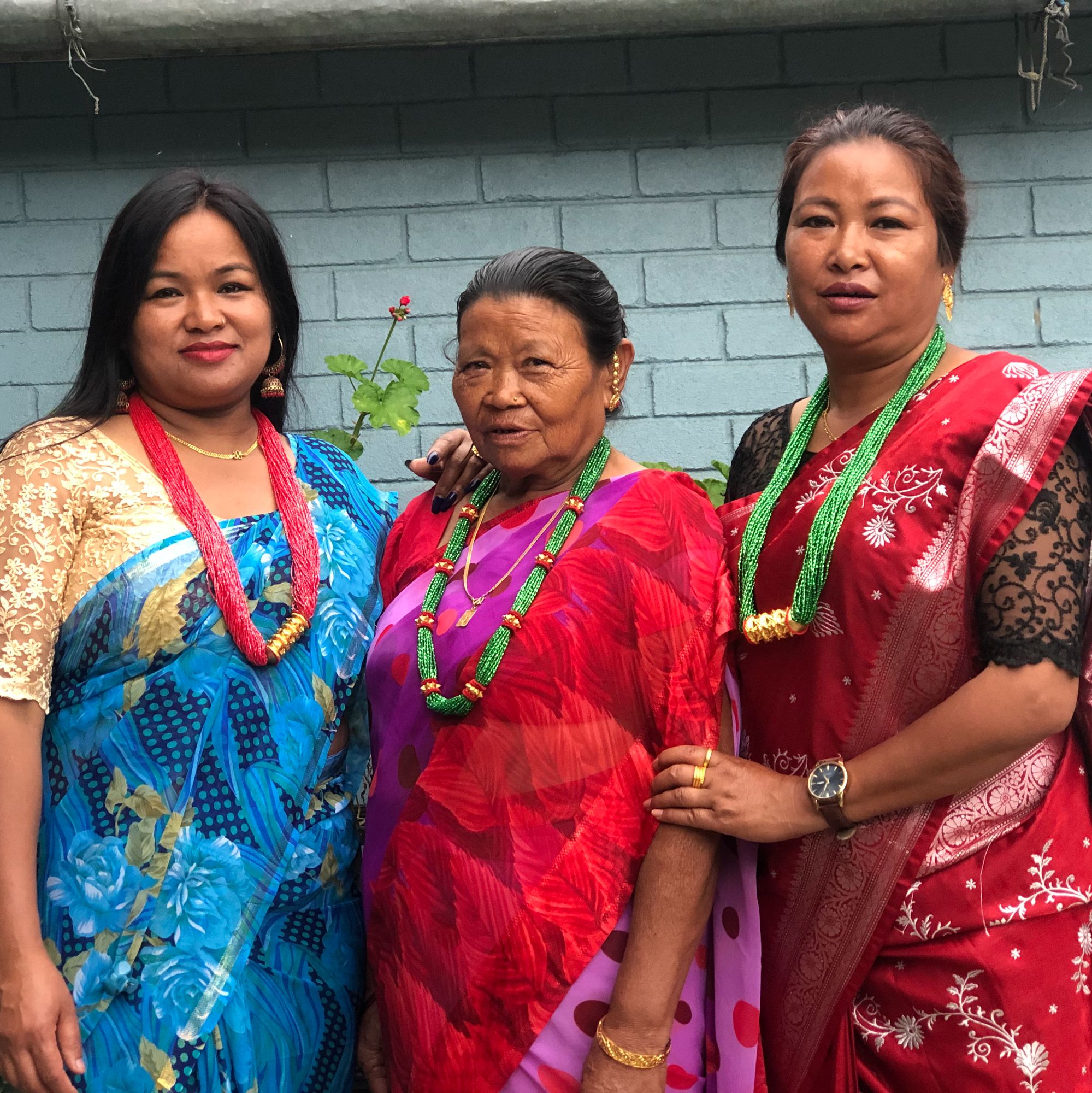 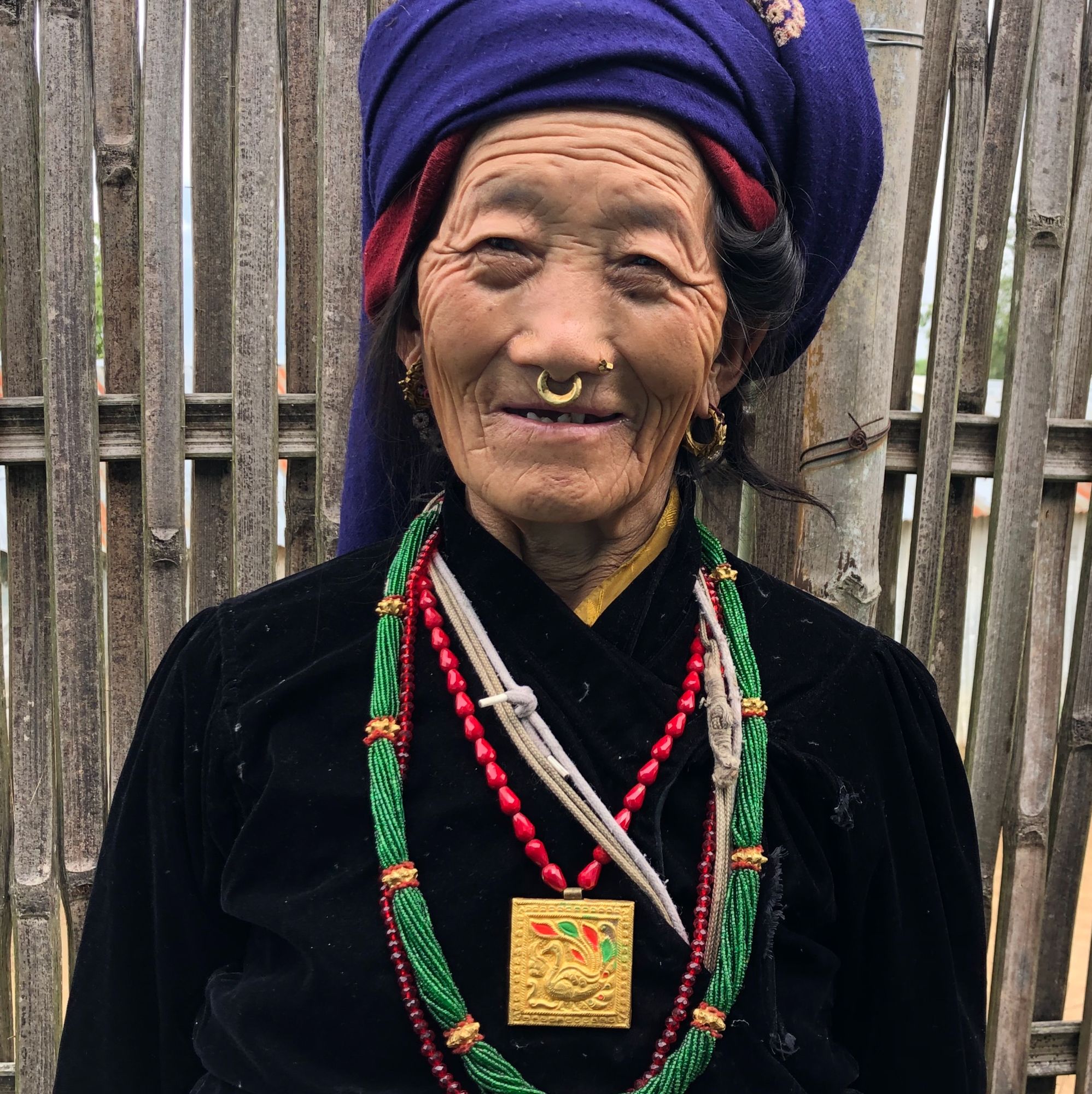