Originally from Livingstone, Zambia, Peter is the youth director at Church of God World Missions. Peter also directs the choir and praise team. He is a self-taught musician who plays the keyboard and sings. Peter’s wife, Priscilla, is the head of the women’s ministry in the church. Peter used to play football (soccer). He still loves the game and uses it to engage young people for outreach at the church. As the Director of the Zambia National Christian Choir and Orchestra (ZNCCO), he deals with administrative responsibilities. Peter and Priscilla have three children – daughters Peteronella and Priscilla, and son, Patrice.

Brenden is also from Livingstone and fellowships at Future Hope Church where he is youth director and Media Director, as well as assistant director of ZNNCO. While he is not a musician himself, he very much enjoys music and says “music preaches” to him. His passion as church youth director is to challenge and train the youth to grow spiritually and help them understand the Bible. He equips them to know the Word and emphasizes evangelism. Brenden has a servant heart and is always concerned about those who are less fortunate, often volunteering with a local organization that works with the most vulnerable, which in Zambia is primarily the young and those afflicted by HIV/AIDS. He and his wife, Precious, live in Livingstone with their two children: Jayden and Elias.

Music Ministry Zambia exists to reach out to those who know nothing about Jesus. It is a culturally-based ministry to those who are lost.

To reach into the villages around them with the Gospel, MMZ, which has a strong connection with Evangelism Explosion, focuses on preaching, performing with their Zambia National Christian Choir and Orchestra, and connecting people with local churches.

In addition to training church leaders and planning outreach events, MMZ is working toward sustainable national ministry through the creation of economic projects where their members live and work. The goal is to provide employment and resources so that the Zambians can support their own needs and ministry.

In 2017, MIWC began its partnership with MMZ at the invitation of its founders, Roger and Diane McMurrin.

MMZ conducts evangelistic outreach concerts throughout the year, but also focuses on meeting the physical needs of the people.

There are four ministry sites in Zambia: Lusaka, Chipembi, Choma and Livingstone.

The Chipembi site is home to the Chipembi Farm Project, a sustainable farm initiative that enables the people of the church to support their families and minister to others' needs in the community as well. A new well, sanitary restroom facilities and critical agricultural education have made Chipembi Farm a vital part of the ministry.

Peter grew up with his grandma and grandpa. He knew his parents but didn’t live with them. His grandparents attended a traditional Seventh Day Adventist church that was very legalistic. They forbid him to play football (soccer) so he would sneak away to play instead of going to church. His grandparents would then beat him. As he grew, he avoided church because he couldn’t understand why he couldn’t play sports.
In 1994, when Peter was 19-years-old, his father was able to remove him from his grandparents’ house. His father was a leader in the Church of God. From the time he took him into his care, his father tried to reintroduce church. However, Peter wasn’t interested. So, knowing his son’s love of football, and that Peter had friends in the Church of God choir, his father bought a nice football, gave it to Peter’s friends and asked them to try to draw Peter to choir practice.
Peter wanted the ball and asked them where they were going with it. They told him they often played after choir practice so he came along. They gave him one condition: “Sing first, play after.” He was the loudest singer. In fact, they were surprised at how well he could sing tenor.
He joined the choir and for three weeks went only to Saturday choir practices, but never to church.
After awhile, the friends told him that wasn’t okay and that he had to come to church if he wanted to continue to sing and play football. So, he went.
On the first Sunday, visitors were asked to stand. He was shy, but took a deep breath and did it. They clapped for him. This made him feel comfortable enough to go up and sing in the choir too, since he’d been rehearsing with them.
In the following weeks, he kept going to practice on Saturdays and church on Sundays. Eventually, he started changing the time for choir meetings by going from house to house and telling the members it was an earlier different time. The choir members would show up an hour earlier than the director had planned and in that way, Peter had a chance to conduct them for a full sixty minutes before the real director arrived. The choirmaster was surprised when he showed up and found Peter conducting.
Eventually, he joined church and was baptized in 1998.

Brenden first attended the Seventh Day Adventist church in 2004, at the age of 10, when a friend invited him to go. He became interested in Adventist Youth programs like marching and singing. He especially liked the marching, but stopped going because they told him he should also participate in the Bible classes, which he didn’t want to do.
He returned to church when he was in 7th grade, this time attending Future Hope Church with his mother. He went because he dreamed about being a doctor and he knew he needed good grades, as 7th grade was an exam year. Brenden was nervous about doing well. He told this to his mother and she told him that the only thing that could help was prayer – she said he needed Jesus.
So, Brenden went to church. His mom also told him he needed a relationship with Christ. When the preacher preached and asked if anyone wanted to receive Christ, his mom leaned over and whispered in his ear that that was what she had been talking about. So, he chose to be born again. Three months after receiving Christ, Brenden went to a baptism class and was baptized in 2008. He continued to learn and grow up in the church, developing a passion for Christ and becoming a strong leader.

Greetings to you, brothers and sisters in Christ! Thank you for your prayers for Music Ministry Zambia and the outreach of the Zambian National Christian Choir & Orchestra! 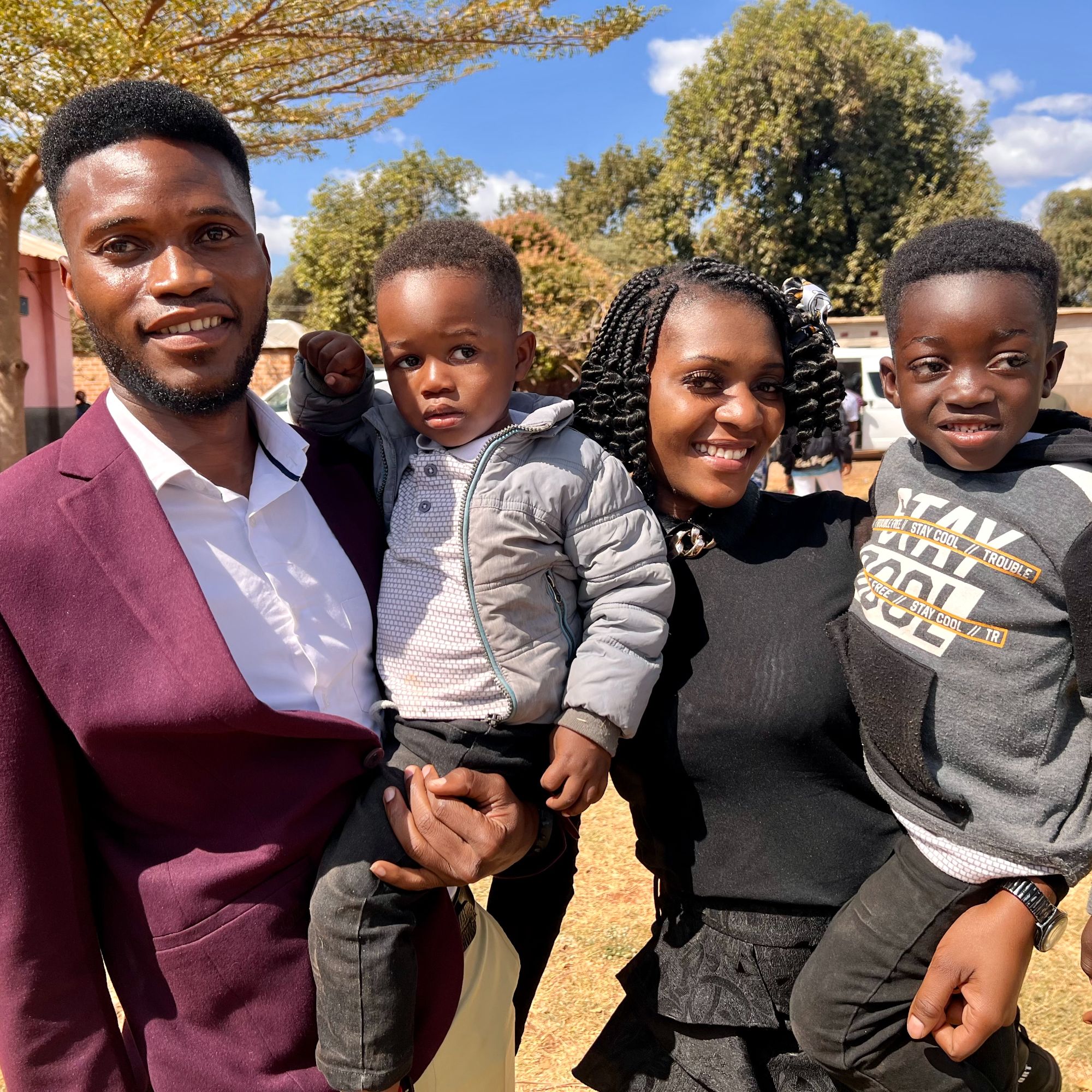 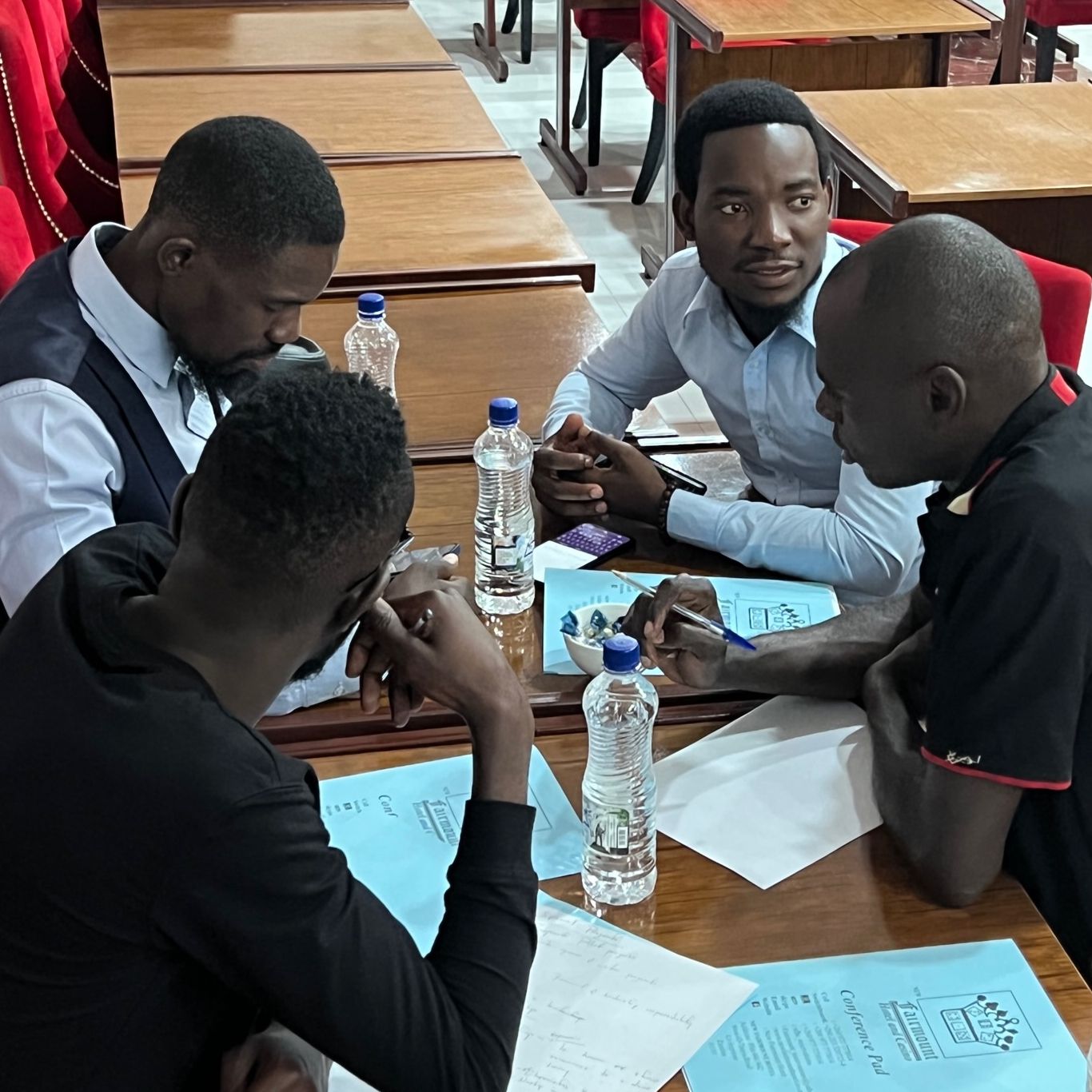 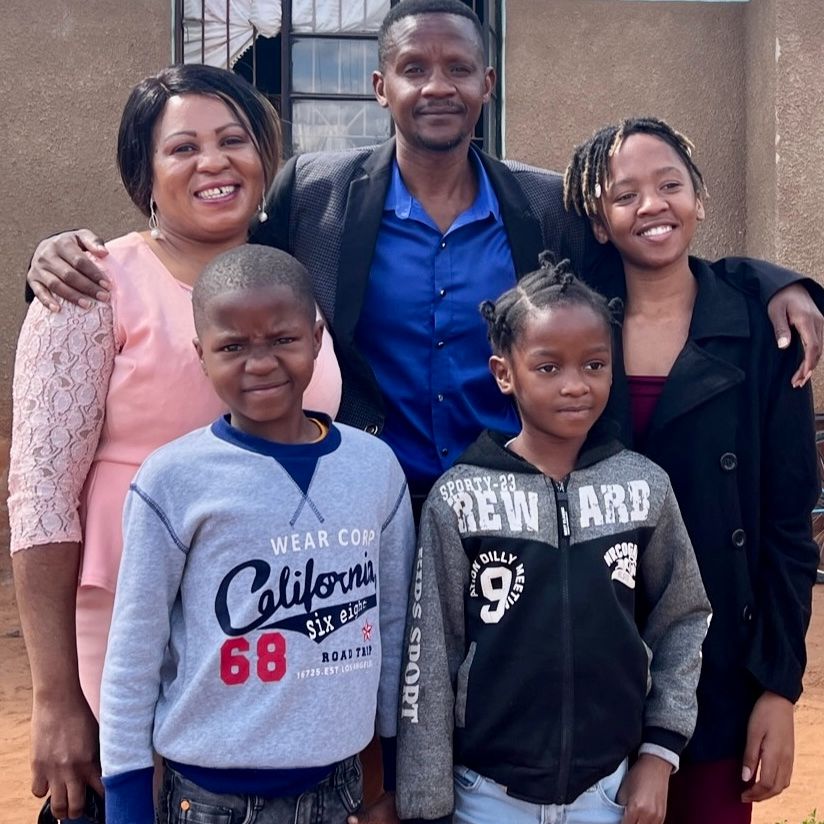 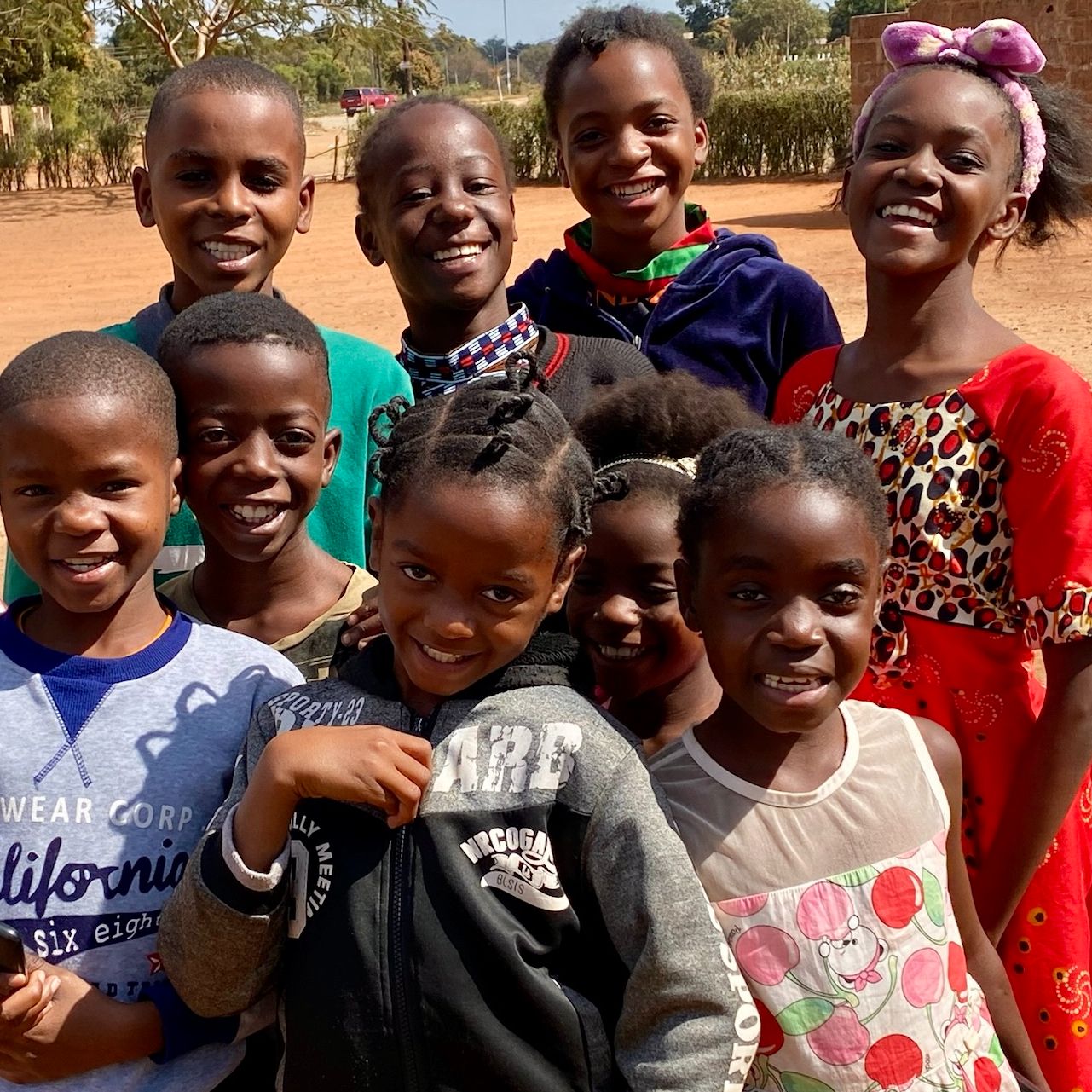 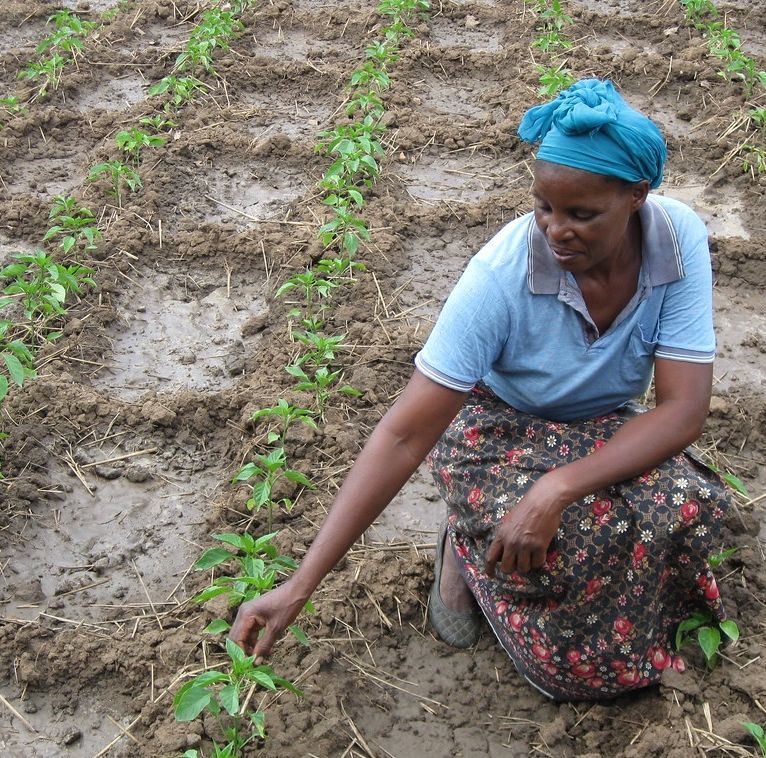